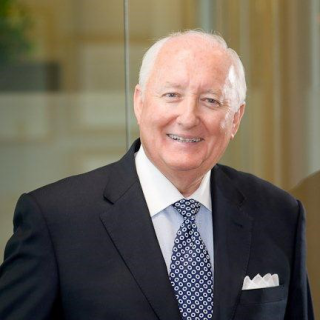 Robert Ingram, Founding Chairman of the CEO Roundtable on Cancer

Robert A. Ingram, Founding Chairman of the CEO Roundtable on Cancer, has been appointed to the President’s Cancer Panel, which advises the nation’s chief executive about barriers to progress in reducing the burden of cancer.

He will be part of a fireside chat at the CEO Roundtable on Cancer Annual Meeting on Sept. 21-22 in Cary, NC., to update us on the Panel’s work and gather input from us. The Panel, which was established by law in 1971, forms recommendations and presents them to President Donald J. Trump.

Mr. Ingram, a general partner at Hatteras Venture Partners, formed and chaired the CEO Roundtable on Cancer at the request of President George H.W. Bush in 2001.

Previously, Mr. Ingram was Chief Executive Officer and Chairman of Glaxo Wellcome where he co-led the merger and integration that formed GlaxoSmithKline. Upon reaching mandatory retirement age of 60, Mr. Ingram served as the Vice Chairman, Pharmaceuticals at GSK, before becoming Strategic Advisor to the CEO of GlaxoSmithKline Plc.

At the request of President Trump, Mr. Ingram will fill the remainder of a three-year term expiring Feb. 20, 2022.

There were 2 other appointments by President Trump to the Panel: