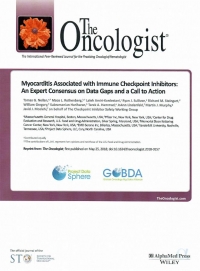 This publication in the international cancer medicine journal, The Oncologist, is the 12th peer-accepted manuscript driven by the principle of data-sharing on which PDS was founded. The manuscript, “Myocarditis Associated with Immune Checkpoint Inhibitors: An Expert Consensus on Data Gaps and a Call to Action,” by Dr. Tomas Neilan, et al., identifies a path forward in understanding, diagnosing and treating this rare but serious heart condition arising in some patients whose cancers have been treated with Immune Cancer Therapy.

On June 1, Project Data Sphere, LLC (PDS) hosted a reception at the commencement of the 2018 ASCO annual meeting in Chicago to celebrate accomplishments of the Global Oncology Big Data Alliance (GOBDA).  PDS founded GOBDA as a novel strategic organization to provide opportunities for collaboration and cooperation across industry, academia and global regulatory authorities. With our founding GOBDA partner, Merck KGaA, Darmstadt, Germany / EMD Serono, this new organization is initially focused on three areas critical to improving outcomes for cancer patients:

The University of Iowa has earned the CEO Cancer Gold Standardaccreditation from the CEO Roundtable on Cancer, a nonprofit that recognizes workplaces that are exceptionally committed to reducing the risk of cancer among employees.

“As a university, our most important asset is our people,” says UI President J. Bruce Harreld. “Since innovative health care is one of the major areas of education, research, and service at the UI, we are especially proud to earn this accreditation. The health and well-being of our university community is of paramount importance to our values and to our success.”

Bill Louv has been appointed President of Project Data Sphere, LLC (PDS). Bill joins PDS after working in roles of increasing responsibility at GSK – Vice President of Information Technology, Chief Information Officer and Senior Vice President of Core Business Services – where he served as a member of GSK’s Corporate Executive Management team from 2007 through 2016.

Bill’s recognized expertise in not only Information Technology, but also mastery of scientific inference as exemplified by his PhD in Statistics from the University of Florida and executive responsibilities for Global Statistics and Clinical Data Management at Marion Merrell Dow, brings a new era of insight and investigation to PDS. This era will see the wealth of cancer clinical trial data that has been aggregated, and that continues to grow, in PDS’ cancer research platform yield further meaningful and novel insights to the community of cancer researchers, physicians and patients.

With data now representing more than 121,000 patient lives leading to the publication of 11 (and increasing in number) peer-accepted manuscripts, the PDS web-based library-laboratory stands poised to deliver new discoveries to improve cancer patient outcomes, and I’m thrilled to have Bill on board to enable the research community to identify these new insights.

On October 24 near US Food and Drug Administration headquarters in Bethesda, MD, we co-hosted our fifth FDA-PDS Symposium on “Growing Dimensions of Big Data in Cancer Research.” These forums offer a unique opportunity for collaboration between often competing research entries in the world of life sciences: industry, academia and the regulatory agencies that govern them.

Propelled by recent collaborative progress such as the New England Journal of Medicine (NEJM) Project Data Sphere-inspired "Sounding Board" article, "Advantages of a Truly Open-Access Data-Sharing Model" and the issuance of a Letter of Support from Dr. Pazdur, his first as Director of the Oncology Center of Excellence, participants will provide updates and data sharing innovations from the FDA’s Oncology Center of Excellence, the Project Data Sphere initiative, and highlight other advances and opportunities in oncology treatment, research and development and regulatory science.

These Symposia also provide opportunities for open dialogue among oncology and data science leaders from academia, government, and industry, combining rich blend of expertise with a common mission of improving cancer patient outcomes. The discussion at Symposium-IV, for instance, advanced our efforts to promote innovative data-sharing in Immuno-Oncology, one of the most promising areas of contemporary oncology clinical trials. 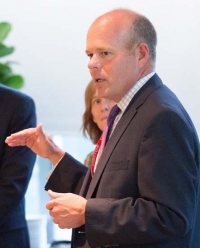 On October 12, QuintilesIMS hosted a CEO Cancer Gold Standard “Friendraiser” to celebrate the 10-years of Gold Standard leadership of QuintilesIMS, Duke Health, GlaxoSmithKline plc and SAS and to introduce the Gold Standard to other North Carolina-based employers. The following day, a workshop was held at QuintilesIMS' headquarters in the Research Triangle Park, NC, to provide hands-on accreditation assistance to HR staff whose employers accepted the invitation to “Go for the Gold.”

• Growing the value of the core Project Data Sphere cancer research platform by providing additional data (in terms of more patients and more trials), as well as new types of data.
• Enabling the development and implementation of a Rare Cancer Patient Registry. This Registry will aggregate in a common platform the limited data available on the treatment of rare cancers. This will help to amplify it as a shared resource for future investigation and analysis.
• Supporting novel investigations into rare but serious adverse events associated with emerging immuno-oncology therapies. 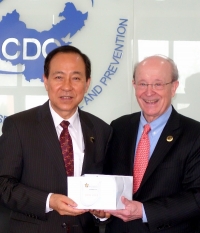 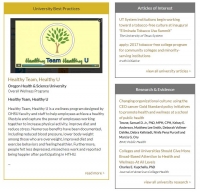 The Gold Standard is an employer-led health and wellness initiative designed to both acomdate and encourage employers of diverse organizations who wish to lead by example through their workplace policies and culture.The current version of our Toolkit, however, is specifically designed to address some of the challenges unique to an academic campus environments. 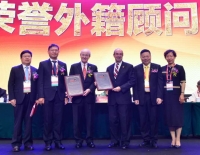