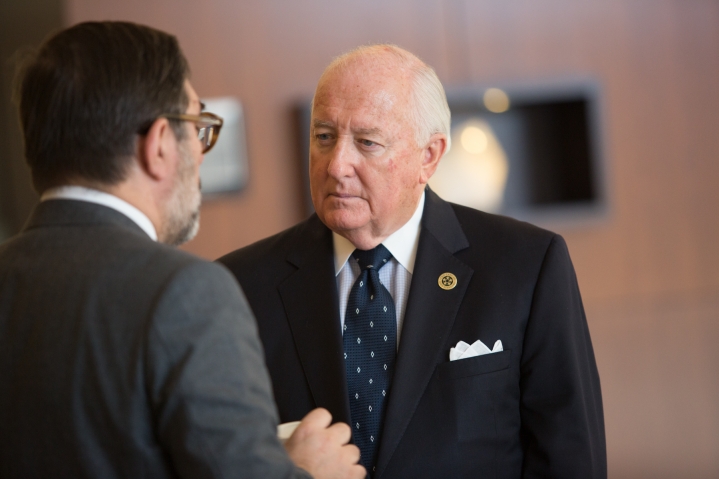 Mr. Robert Ingram, also known as Bob, responded to the request of President George H.W. Bush to form and chair the CEO Roundtable on Cancer in 2001. He still remains on the group's Board of Directors.

Mr. Ingram is a General Partner at Hatteras Venture Partners, a venture capital firm that invests in early stage life science companies. Prior to joining Hatteras, Mr. Ingram was Chief Executive Officer and Chairman of Glaxo/Wellcome. Mr. Ingram co-led the merger and integration that formed GlaxoSmithKline. Upon reaching mandatory retirement age of 60, Mr. Ingram served as the Vice Chairman, Pharmaceuticals at GSK before becoming Strategic Advisor to the CEO of GlaxoSmithKline Plc. Mr. Ingram is Chairman of the boards of BioCryst Pharmaceuticals, Novan, a late-stage pharmaceutical company focused on dermatology, and Viamet Pharmaceuticals, a private company focused on anti-infective research. He also serves as the Lead Director on the board of Cree. In 2013, Mr. Ingram received the NACD B. Kenneth West Lifetime Achievement Award from the National Association of Corporate Directors.

In 2006, he was appointed by President George W. Bush to the National Institutes of Health, National Cancer Advisory Board. In 2014, he received the North Carolina Award for Public Service, the highest civilian honor the state can bestow on an individual. Mr. Ingram serves on the board of the Research Triangle Foundation of North Carolina, the Research Triangle Institute, and is Chairman of the GlaxoSmithKline Foundation.

Mr. Ingram is a member of numerous other civic and professional organizations, including the Boards for the James B. Hunt Jr. Institute for Educational Leadership and Policy, CEO Roundtable on Cancer, and the Advisory Council of the Congressional Task Force on Biomedical Research and Innovation. He graduated from Eastern Illinois University with a BS degree in Business Administration.