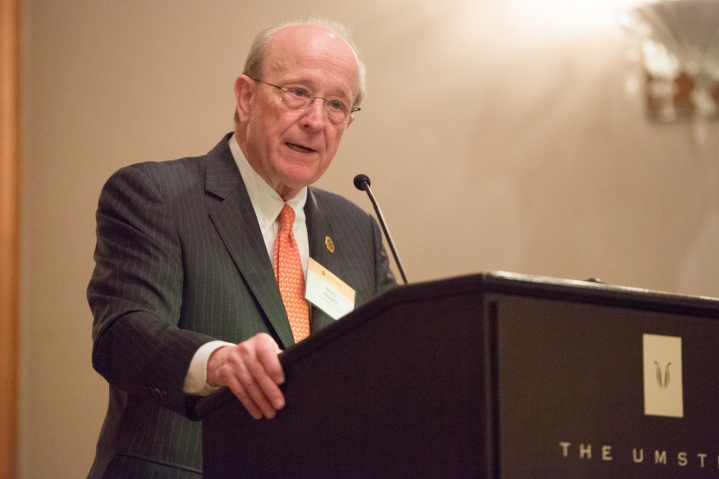 Dr. Murphy was also Founding CEO of Project Data Sphere, LLC, a non-profit enterprise devoted to cancer clinical trial data-transparency, data-sharing and data-analysis originally developed by the CEO Roundtable on Cancer. He retired from its Board of Directors in 2020.

Dr. Murphy is a member of the National Cancer Policy Forum of the National Academy of Medicine of the U.S. National Academy of Sciences; director emeritus of the Foundation for the National Institutes of Health (FNIH). He is a Fellow of the American Society of Clinical Oncology (ASCO), Co-Chairman of the Strategic & Scientific Advisory Council of the COVID-19 International Data Alliance (ICODA), member of the Global Health Forum, Boao Forum for Asia, and founding editor of three international peer-reviewed biomedical journals: The Oncologist, Stem Cells and Stem Cells Translational Medicine.

Co-founder of the Society for Translational Oncology; a member of the Scientific Advisory Board of Hatteras Venture Partners; a charter member of the International Advisory Board of the VU University Medical Imaging Center (Amsterdam); a charter member of Queen's University Belfast School of Medicine International Review Board, Dr. Murphy is also chairman emeritus of Conquer Cancer, the ASCO Foundation; convener of ACT-China; and Steering Committee member of the Chinese Society of Clinical Oncology (CSCO). He is Senior Oncology Consultant to China’s National Medical Products Administration (NMPA). In November 2021 he was an invited delegate to the Bloomberg New Economy Forum (Singapore) that launched the International Cancer Coalition. He is a director of the Sino-American biotech, Brii Biosciences, Inc. (Hong Kong Stock Exchange, 2137), and a director of Helsinn-China, Ltd. Dr. Murphy is the 2022 recipient of the Ellis Island Medal of Honor bestowed on those who have, “shown the best of America by outstanding commitment to serving our nation professionally, culturally and civically.”