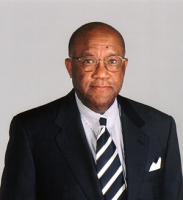 He also serves as an Ambassador for the CEO Roundtable on Cancer’s Going for Gold initiative, which is focused on improving health equity, education, navigation, and access to care in partnership with academic institutions.

B&C International is a Global Strategy and Business Management Consulting firm headquartered in High Point, North Carolina. During the last 55 years of our existence, the methodologies and tools we use to help our clients efficiently solve problems has evolved, but our core principles remain the same. We are trusted advisors. As the “1st Call” for client concerns, our systematic approach to aligning culture, communication and execution, allows you to gain confidence, clarity and consistency for strategic decision-making.

We understand the value of Human Capital. B&C’s unique people-centered techniques allow you to grow and innovate through overcoming market maturity issues, capitalizing on expansion opportunities, building business models that work for your culture, eliminating departmental silos, maximizing current staffing level productivity, improving the internal interface between baby boomers and millennials, redesigning business models without abandoning who you are, developing a culture of change and accountability, and deepening customer connectivity. We use our influential relationships, resources and staff to assist you in achieving your goals.