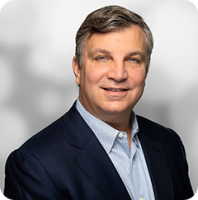 John V. Oyler is our Chairman and Co-Founder, and has served as our Chief Executive Officer and a member of our Board of Directors since 2010. From 2005 to 2009, Mr. Oyler served as President and Chief Executive Officer of BioDuro, LLC, a drug discovery outsourcing company, which was acquired by Pharmaceutical Product Development Inc. in 2010. From 2002 to 2004, Mr. Oyler served as Chief Executive Officer of Galenea Corp., a biopharmaceutical company dedicated to the discovery of novel therapies for central nervous system diseases, which initially were developed at Massachusetts Institute of Technology. From 1997 to 2002, Mr. Oyler was a Founder and the President of Telephia, Inc. which was sold to The Nielsen Company in 2007. From 1997 to 1998, Mr. Oyler served as Co-Chief Executive Officer of Genta Incorporated (NASDAQ: GNTA), an oncology‑focused biopharmaceutical company. Mr. Oyler joined the Board of Directors of the Biotechnology Innovation Organization (BIO) in 2019 and is a member of its Health Section Governing Board. He began his career as a management consultant at McKinsey & Company. Mr. Oyler received his B.S. from Massachusetts Institute of Technology and MBA from Stanford University.

BeiGene started in Beijing and has expanded to be a global company. Its focus is discovery, development, and commercialization of innovative, molecularly-targeted, and immuno-oncology drugs for the treatment of cancer.