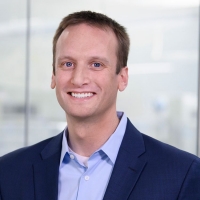 Dr. Brian Alexander was named Chief Executive Officer of Foundation Medicine in March 2021. He previously served as the company’s Chief Medical Officer since 2019, and is a practicing radiation oncologist specializing in neuro-oncology at Dana-Farber/Brigham and Women’s Cancer Center, and a Senior Lecturer at Harvard Medical School.

Since joining the company in September 2018 as a Senior Vice President of Clinical Development, Dr. Alexander has played a pivotal leadership role in Foundation Medicine’s decision insights strategy, helping oncologists, both in community and academic settings, determine the right treatment, at the right time, for each unique patient. Under his leadership, Foundation Medicine’s medical team has expanded its molecular tumor board program to include over 90 leading oncology centers globally, launched a cross-functional genomics and health disparities effort, and has developed hundreds of studies and publications to advance the clinical utility of genomic profiling.

Dr. Alexander was the founding director of the Program in Regulatory Science at the Dana-Farber Cancer Institute and the Harvard/MIT Center for Regulatory Science. He also co-founded the Global Coalition for Adaptive Research, a non-profit organization focused on clinical trial innovations to accelerate the discovery and development of cures for patients with rare and deadly diseases, and served as chair of the FDA/Project Datasphere task force on external control arms. Dr. Alexander is an affiliated researcher at the MIT Laboratory for Financial Engineering and affiliated faculty of the Harvard Kennedy School Healthcare Policy Program. He was named to Boston Magazine’s “Top Doctors List” in 2019, 2020, and 2021.

Previously, Dr. Alexander served as a White House fellow and Special Assistant to the Secretary of Veterans Affairs, where he helped prepare the VA for the transition of administrations, worked to develop a public reporting system for quality, and served as a health policy advisor to the Secretary. Dr. Alexander organized the standup of the VA’s Coordinating Council on National Health Reform and directed the activities of its multi-team Health Reform Working Group. He was also a member of the Institute of Medicine’s Committee on the Governance and Financing of Graduate Medical Education.

Dr. Alexander’s research interests focus on innovations in clinical evidence generation to support the development of therapeutics, biomarkers, and novel endpoints. He co-authored a book titled “Diagnostic Test Interpretation and Reasoning Under Uncertainty,” detailing the use of Bayesian approaches to clinical decision-making. Dr. Alexander was the founding principal investigator of INSIGhT, a multi-institutional genomic biomarker-based Bayesian adaptively randomized trial for patients with glioblastoma. He is the recipient of the Burroughs-Wellcome Innovations in Regulatory Science Award for his work applying such approaches to clinical trial design.

Dr. Alexander received his B.A. from Kalamazoo College, M.D. from the University of Michigan Medical School, and M.P.H. from the Harvard School of Public Health. He completed his training in radiation oncology at the Harvard Radiation Oncology Program.

Foundation Medicine is a molecular information company dedicated to a transformation in cancer care in which treatment is informed by a deep understanding of the genomic changes that contribute to each patient's unique cancer. The company offers a full suite of comprehensive genomic profiling assays to identify the molecular alterations in a patient’s cancer and match them with relevant targeted therapies, immunotherapies and clinical trials. Foundation Medicine’s molecular information platform aims to improve day-to-day care for patients by serving the needs of clinicians, academic researchers and drug developers to help advance the science of molecular medicine in cancer.