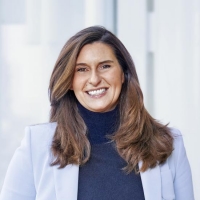 Susanne Schaffert, Ph.D., has been CEO of Novartis Oncology since January 1, 2019. She is a member of the Executive Committee of Novartis.

Ms. Schaffert was appointed Chairperson and President of Advanced Accelerator Applications when it was acquired by Novartis in January 2018, and will remain President until her successor is in place. She joined Novartis more than 20 years ago and served as Region Head, Novartis Oncology Europe, from 2012 to 2018. Prior to that, she was Head of Investor Relations for Novartis. She has also held other leadership positions during her career at Novartis, including Global Franchise Head for Immunology and Infectious Diseases, General Manager of Novartis Oncology in Northern and Central Europe, and General Manager of Novartis Oncology in Germany.

Ms. Schaffert holds a doctorate in organic chemistry from the University of Erlangen in Germany. She is a member of the Board of Novartis AG Germany, and previously served on the board of GlaxoSmithKline Consumer Healthcare Holdings Ltd.

At Novartis Oncology, our mission is to discover new ways to improve and extend the lives of people with cancer. This starts with the health of our associates. Our accreditation with the CEO Cancer Gold Standard has provided us for the past 10 years with a valuable framework from which to structure our programs geared toward preventing cancer, providing support during the cancer journey, and encouraging the overall health and well-being of our associates.